This past spring, I got the idea to do a little "unit study" with my daughter.

I checked out books from the library: The book in the upper right hand corner was very informative, but on my daughter's level (but I learned a lot from the book too!). The other books ranged from silly, fun make-believe, counting, telling time, and opposites. We read them over and over during the time we had them.


I knitted up Hedgie (Ravelry link): 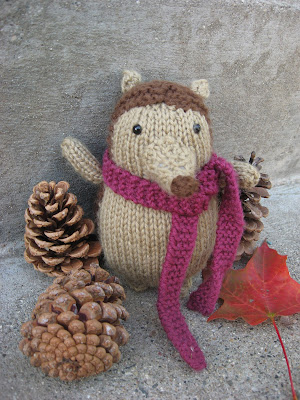 and oh.my.goodness. we got to see and pet a live hedgehog: 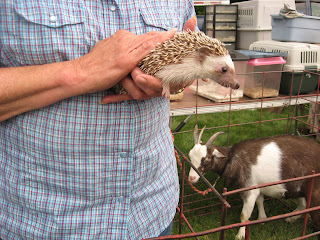 (the quills aren't as prickly as I thought they would be).

I thought I was doing this all for my daughter. But it dawned on me recently...I was doing it for me. I am the one who is in love with hedgehogs! :D

I did a little search on Etsy and came up with some hedgehog items geared towards grown-up hedgie lovers. This ring in particular is something I'd love. I think I would be over-the-moon excited if I ever got these letterpress notecards.

Rather than digging our sweet potatoes up all at once, we've been digging up a plant or two at a time. I blogged a picture of one clump of sweet potatoes, but the others that we've dug up were not quite so tangled up. I don't know why that one plant would have grown that way?

These sweet potatoes are the dreamiest, creamiest, sweetest, most delectable sweet potatoes I've ever had. There's something to be said for garden-fresh produce! I never really gave it a thought, but it's most likely that the sweet potatoes on sale at Thanksgiving have been in storage for several months by the time they hit the stores.

I've experimented with several cooking methods, and my favorite so far is baking them in my enameled dutch oven: 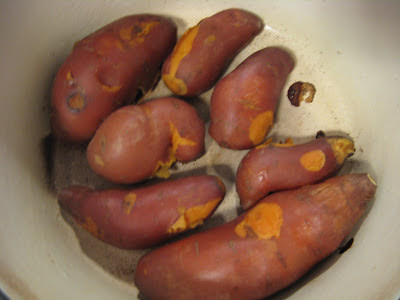 I baked them with the lid on, at 400 degrees for an hour. I probably could have baked them in a little less time, but they turned out beautifully. The skins are so soft you don't even pay attention to them!


The picture is a bit blurry...hard to snap food pictures in the evening! I was a little worried about the sticky baked on stuff in my dutch oven, but while it was still warm, I added a little water and it came right off without any scrubbing.

Sweet potatoes are definitely something that we'll be growing next year!
Posted by Tammy at 10:39 AM 2 comments:

I have a love/hate relationship with canning. I love the process - every bit of it - and I love the end result! But somewhere in there are Extra Dishes, Tired Feet, and a Three Year Old Who Needs Attention. But the hate part must not be too strong because I keep at it, dutifully loading my basement storage shelves with canned goods to last the winter.
And now, I give you: Canned Soup --- 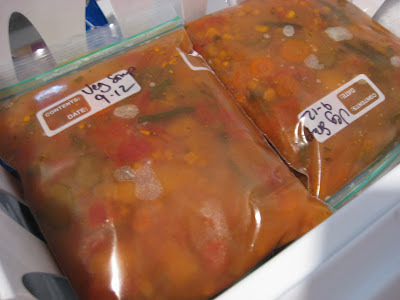 What? That doesn't look like canned soup to you? Yeah, me neither.

Here's the scoop: I spent a good portion of a day last week, carefully making a lovely pot of soup to can. I was beyond excited. And when I pulled my six jars out of the canner, and they all sealed, I was so happy. And then. I had this feeling that I hadn't processed them long enough...and sure enough my recipe said 75 minutes for quarts and 60 minutes for pints. Somehow I got "65" stuck in my head so they were not processed long enough.

I realized that the best plan of action was to freeze the soup. It's not what I had planned, but nothing went to waste!

Several weeks ago, I was in the cereal aisle and noticed some "natural" packets of oatmeal that were on sale. I purchased the chocolate oatmeal and it instantly became a breakfast hit!

So I decided to make my own! 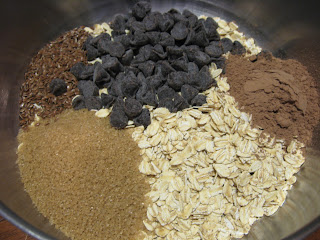 Store in a container.

To make one serving:
Use 1/2 cup mix to 3/4 cup water, cook for about a minute and a half, or until oatmeal is cooked.

Chocolate goodness in a bowl: 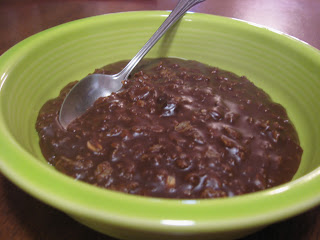 Enjoy a little chocolate for breakfast!
Posted by Tammy at 9:21 AM 3 comments:

One of the things we grew in our garden this year was a row of sweet potatoes. I wasn't quite sure how they grew, and I've been mightily curious all summer long! I've left them alone till now. One of them started peeking above the soil, so I gave a little yank and: 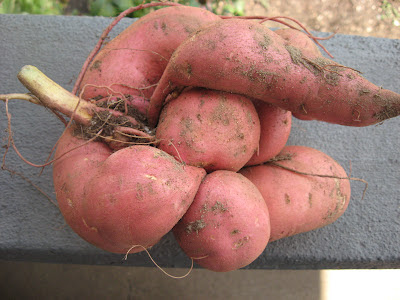 I discovered how they grow!

The vines are so pretty (especially earlier in the season: one of the signs that the sweet potatoes are ready is that the vines start to die back). 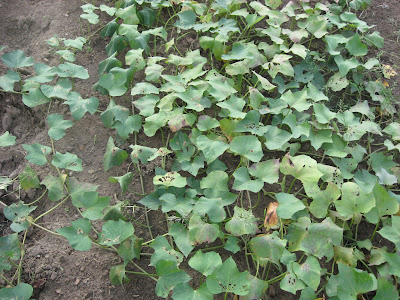 I seriously wouldn't mind having these in my flower beds around the house, they look so much like ivy. The pesky varmints continuously digging tunnels through my flower beds would no doubt love that...so I guess I'll be kept to growing them at the garden!
Posted by Tammy at 9:15 AM 3 comments:

~Sunset at the Lake~

Last night we went to the lake. The weather was gorgeous. The water was still - the calmest we've ever seen it. The water temperature was warm. And - being the day after tourist season ends - very few people were there. *siiiiigh* So lovely.

We swam. We sat. Played in sand. Watched the sunset. Drove home in the darkness, content from a restful evening.
Posted by Tammy at 3:40 PM No comments: 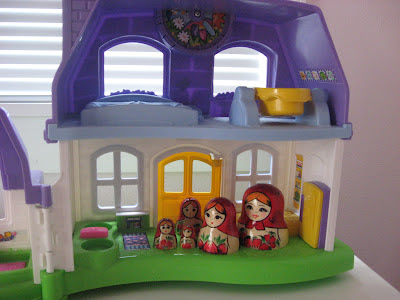 I have a small set of Matryoshka dolls which my daughter enjoys playing with, and today I stepped into her room and noticed that they were visiting the Little People house, albiet bottomless,  LOL. It put a smile on my face!
Posted by Tammy at 10:41 PM No comments: