What I Learned in January

:::The New Year is not always glitter and gold. It's OK to start the New Year on a down beat, it doesn't mean that this is how the year will progress. I've had some things on my heart and mind and it just carried into the beginning of the year. Nothing "major"...just an unrest and "things" hard to put into words and/or things not really shareable in an online type of way.  It really bothered me at first to not be super duper excited about the New Year! Resolutions! Fresh starts! but really, it is OK and I am OK!

:::Just because someone you love 1) lived a long life and 2) is now in heaven and 3) is no longer in pain here on earth does not mean you will not miss them. The passing of my grandpa was harder than I ever thought it would be. I am, of course, happy for my grandpa beyond measure. But I am sad for me. I miss him and knowing I'll never see him here on earth or hear his "praise the Lord" until I reach heaven myself has just been difficult. He passed away on January 3rd. I don't normally call my parents on Sunday, but I called my parent's house and my dad answered. My grandpa had just passed away and he hadn't had time to notify me yet. Grandpa was 90 years old.

:::My daughter loves to do crafts! Someone gifted her some craft projets and she has been coloring and stitching up a storm! My next project to do with her will definitely be with fabric! Besides these little projects, she has also been making coasters with one of those weaving looms (the type with nylon loops). She loves to give the things she makes, so that has been an incentive for her to keep on making! 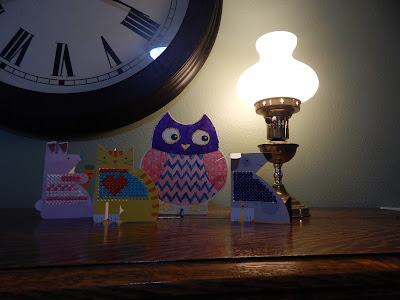 :::Computer issues are frustrating! My laptop died. Just...kaput. So Kevin bought me a new one. After a week or two of using that (and the hassles of transferring pictures and programs), that one went kaput. Seriously??? So Kevin bought me another one, and that one was a piece of trash. So then we went to Best Buy and came home with yet another computer. Here's the thing: at one time we had five laptops in the house! My old, old one. My old one, and the three new ones. We got the other two returned and now I'm settling into my new, new, new laptop. Haha. The thing is, I still don't have my pictures on this one. I need to get that figured out, but we have them all backed up. I don't like this "One Drive" thingymabob. I don't want my pictures in a cloud, I want them on my computer!

:::And lastly, I hate being cold. Oh wait. That's nothing new.

I've been having computer issues since November, thus my lack of posting. I have some project pictures to share from 2015.

One afternoon I was at a friend's house and I made "clay" with baking soda, cornstarch, and water so we could make ornaments. All the pictures on Pinterest showed lovely examples of hand-crafted, beautifully finished ornaments. Maybe I did it wrong, but mine cracked as they dried (in a very low oven). Next time, I'll stick with a real modeling clay. 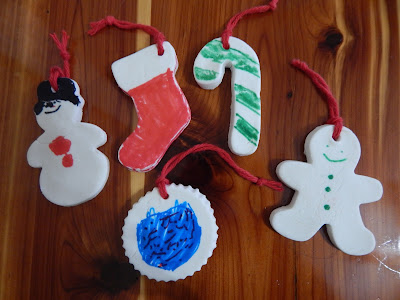 My daughter decorated them with markers and we hung them on the tree. So all was not lost. Plus, I had all the ingredients on hand, so it didn't cost anything (extra). 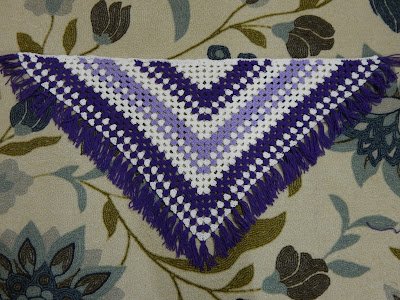 Blog readers may recognize these colors, as I used this very same yarn to crochet an afghan for my daughter, then make a pom-pom wreath for her room. I still had plenty of yarn left, and my daughter had been pleading for a shawl (because 6 year olds need shawls...). So I made this for a Christmas gift. I did have to buy one more skein of yarn to compete it. That was around $3. Not bad!

My daughter loves it! It didn't take too much time to make, which was a good thing since I wanted it to be a surprise. I had to work on it in the evenings. 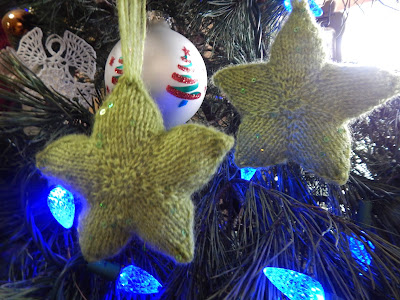 One for my tree, one for a friend. The yarn has tiny sequins in it, so pretty and sparkly for the tree! I had this yarn, and the pattern was free, so: free!

I thought I took pictures, but apparently I did not. While I was not happy with how the baking soda "clay" ornaments turned out, I was very happy with the cinnamon ornaments, and even tied a few to some gifts. I'll be making these again! It was a quick and easy project. I bought the ingredients at Aldi, so it wasn't too expensive, right around $3 I want to say. 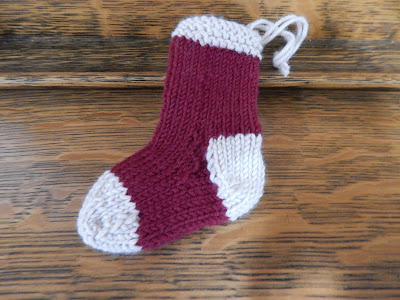 I just got a quick picture of before I packed the ornaments away for the season. This was a free pattern I found online. I modified it a little, but mostly stuck to the pattern. I had the yarn, so this was free to make also!

At the beginning of the year, I made a goal to complete 52 projects in 2015. That turned out to be a little unrealistic, but I made it halfway through, which I'm very happy with. Many of the projects were made from materials I already had on hand, and turned into gifts. The goal was not met, but one of the points of this challenge was to see how little I could spend and still craft quality items. I think I demonstrated that by using materials in my home and sourcing materials carefully (with coupons, on sale, etc.) creating does not have to be very expensive!

I don't have an exact total because the above projects I did not keep the receipts for. But with my estimates, the grand total for the year was $57.05. That's an average of $2.19 per project!
Posted by Tammy at 4:49 PM 3 comments: