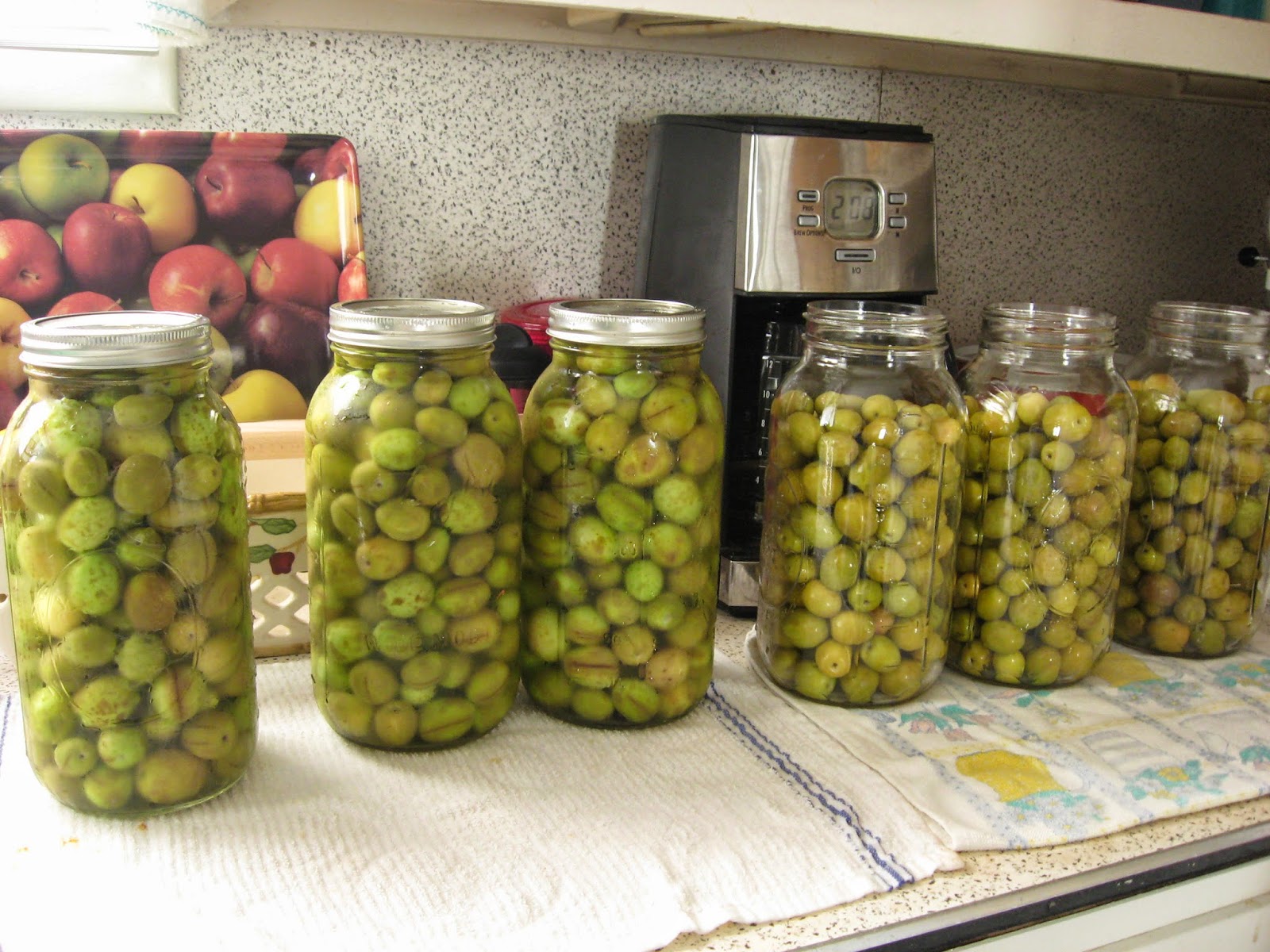 One reason I wanted to cut my grocery spending was so that I could use my money for other things besides groceries. It turns out that most of what I've spent the resulting extra money on (so far) has been food to preserve. Like these olives.

I got the idea to cure my own olives sometime last year. It was already too late to order them, so I filed the idea away for this year. I found a company to order from, and waited for my box to arrive.

I should have taken pictures, but I got a large flat-rate box crammed full of olives. I did expect them to be packed in something but they were just loose in the box. A friend was over when I was sorting through them and she pulled up a chair and helped me sort. There were a few bad ones, and then we separated the blemished ones from the "perfect" ones. I decided to water cure the less imperfect olives and to brine the nicest olives.

I am following the instructions here to water cure and brine. It has been three weeks since I started these so the water cured olives should be ready in another few weeks and the three on the right? Yeah, it will be another 5+ months for those! I had to change out the brine yesterday and I tasted one (because, if they have another 5 months to go, they're going to taste awesome, right? Ha.). Still very bitter. Every once in a while I taste the water cured olives. They are slowly losing their bitterness. They're still bitter - but they are tasting more like olives. I haven't been faithful at changing out the water every day, so it might take longer for them to cure than the instructions say.

I'm looking forward to olives. A lot of olives. Good thing they will keep for a year!
Posted by Tammy at 11:08 AM

Wow, that's seriously impressive. Sadly, I despise olives which is unfortunate since I live right next door to Italy and olives grow all over Croatia. Bravo!