This challenge is riveting, eh?

Well. Not so much. I actually have not been spending more than $50 each week on groceries. I'm done with the bulk of my canning now, but (oh, that word) I'm sick. Next week. Next week I'm going to plan and execute my plan!

On Saturday we went to Sam's Club because they had a promotion for non-club members being allowed to shop. We aren't members and while we have been in the past, shopping there was a reminder of why exactly I don't want to be a member. I dropped $56.82 on six items. SIX items, people! Cheese (two blocks), apples, almonds, maple syrup, and soap. I bought each thing because it was a better deal than at the grocery store, so in the long run I'm saving money, but when you hand over the money it sure doesn't feel like savings!

And I still have to go "real" grocery shopping. Because of course, we can't survive all week on cheese, apples, almonds, and maple syrup. (That sounds like a basket from Chopped. Haha.)

On a happier note, I simmered chicken stock and canned it. (Any canning news is happy news, right?) I would have gotten 5 quarts but one lid came off during the canning process. I don't know what happened but I'm blaming it on being sick and not screwing the band down enough. Both the band and jar were perfectly fine. There's a first for everything! I'm just happy that I can still use the stock. 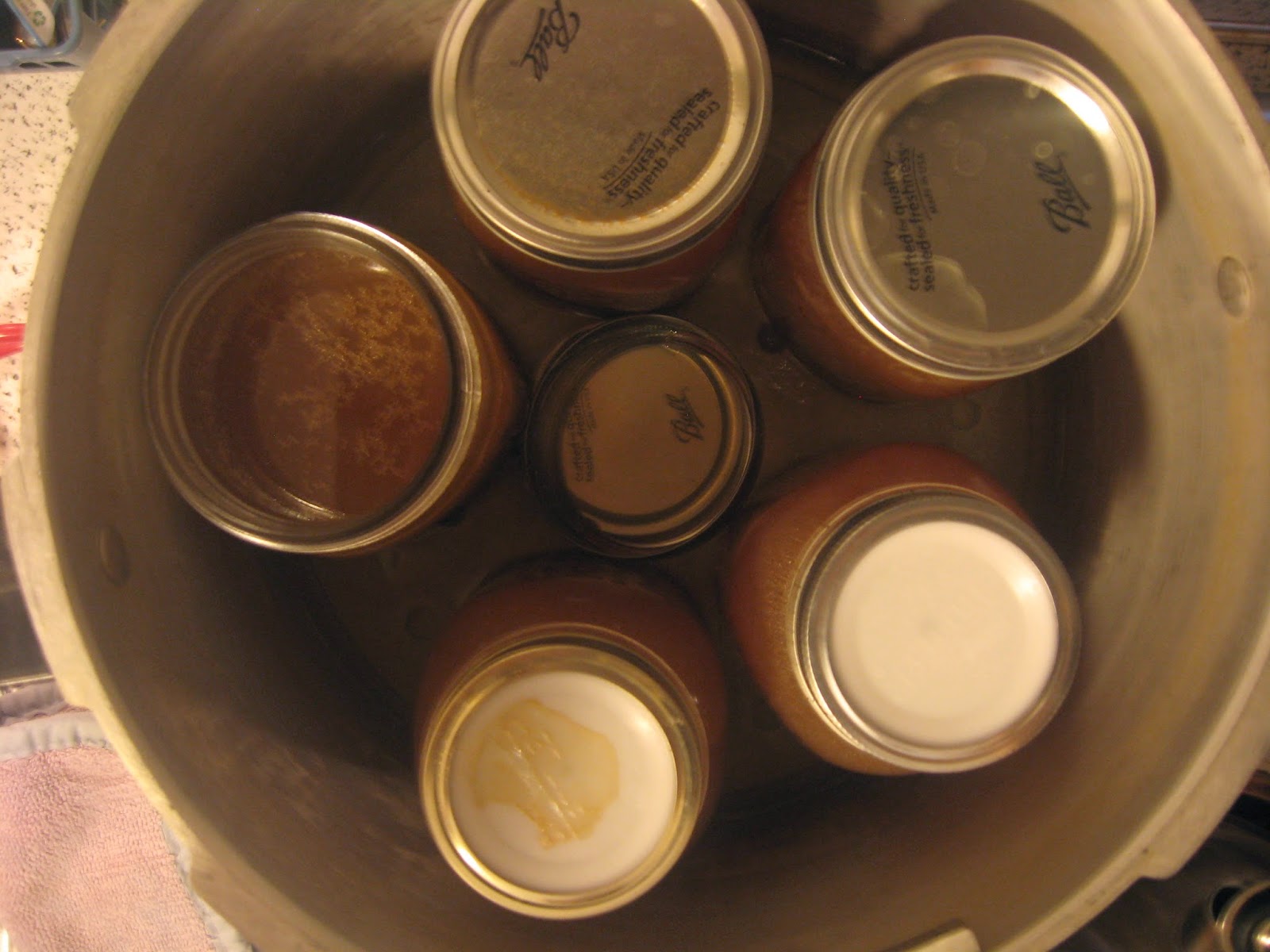 And also? my sister-in-law gave me 3 boxes of Tattler lids. I've been using them sporadically for my canning projects. At first I was afraid to use them because of the reading I did online. It seems like some people have a pretty high failure rate with them. I'm happy to say that my rule-following ways have paid off in this instance because I have had a 100% success rate on all 32 I've used. That's pretty good, I would say! :-)

But this post wasn't supposed to be about canning! Getting back to groceries: I am looking forward to getting into my fall schedule with school and cooking and cleaning. Next week I shall (Lord willing) have a post up with details on my grocery shopping.
Posted by Tammy at 3:57 PM

To feed this crew I have to shop at SAMs. My grocery bill would make you pass out.

glad the tattler lids are working for you. :)