Making time for the hobbies I like can be difficult for me. So that's why I decided to set a goal of completing 52 projects in 2015. I think it is totally doable!

I worked on my 3rd project all last weekend. Because it was a gift for a friend (who probably doesn't read my blog, but I didn't want to chance it), I am not posting until after the gift has been opened!
I made three baby gowns as a gift for my friend's shower. She's having a BOY so I asked her husband for two or three t-shirts so I could make some gowns from them. He gave me two {very loved} t-shirts. I've made these gowns as gifts before, see here and here.

The three I made this go-around:

A gray Michigan shirt, with a navy shirt for contrast. The front of the shirt had a lot of stains on it so I had to cut around those, and was left with the logo. 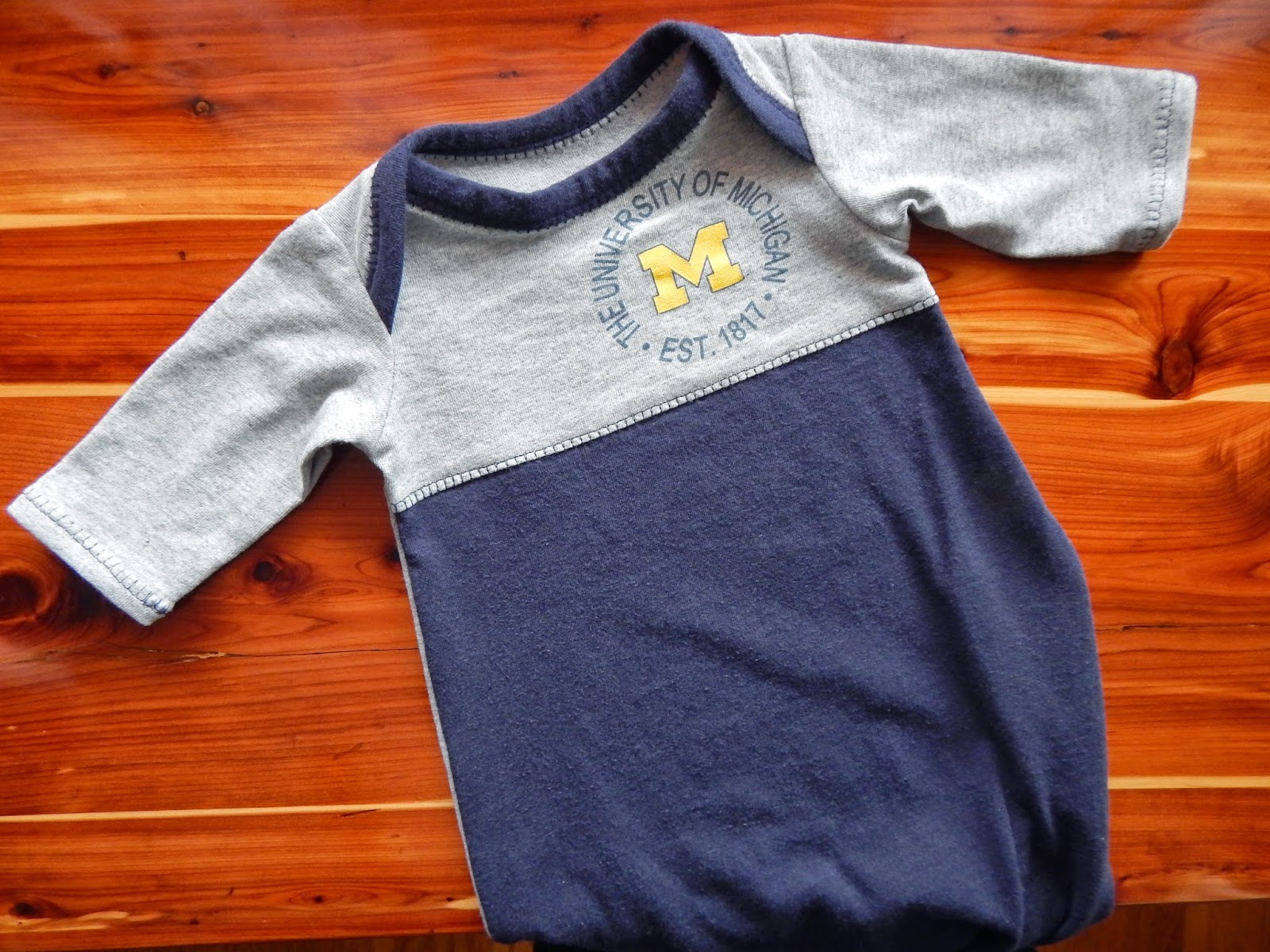 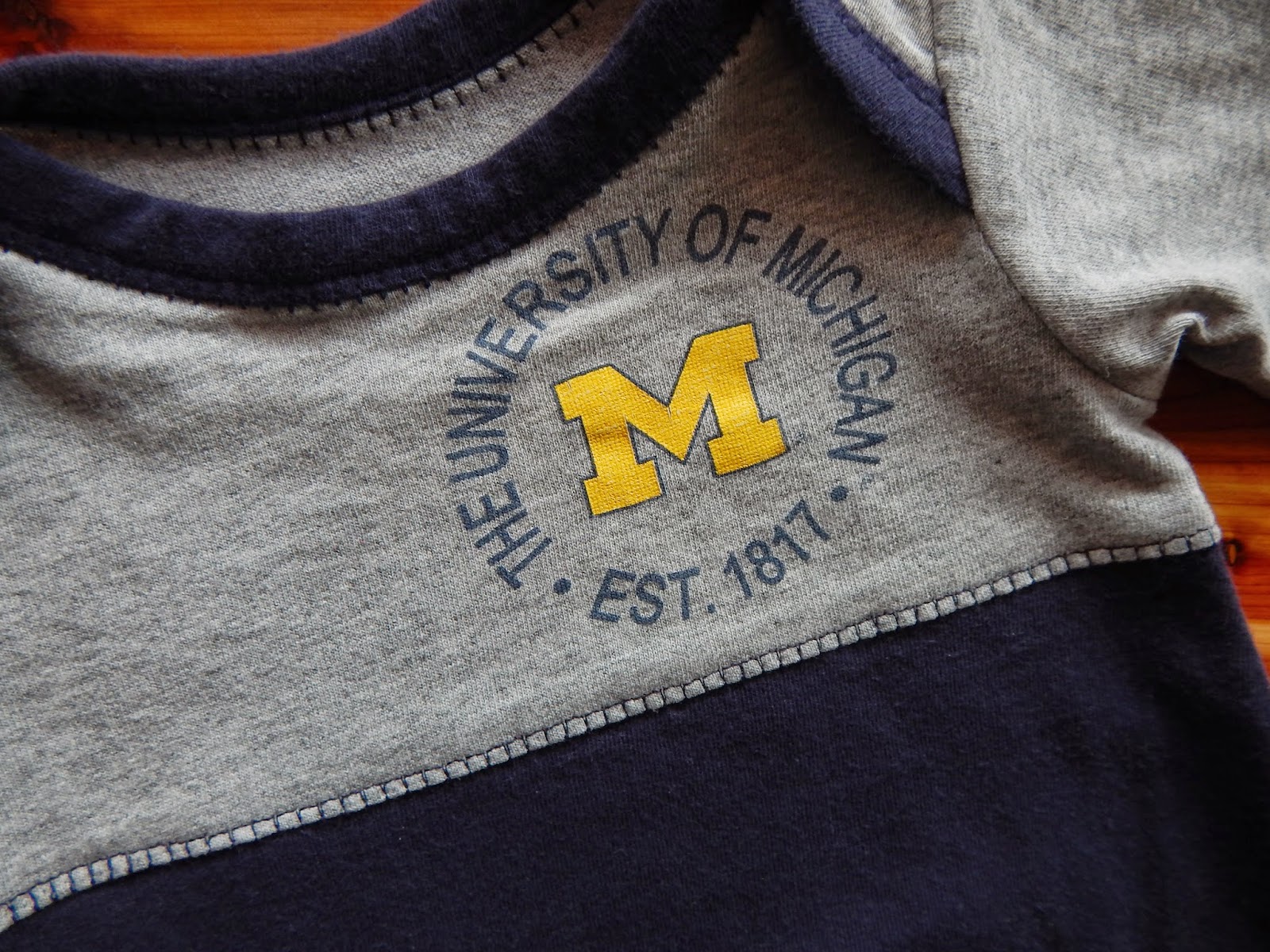 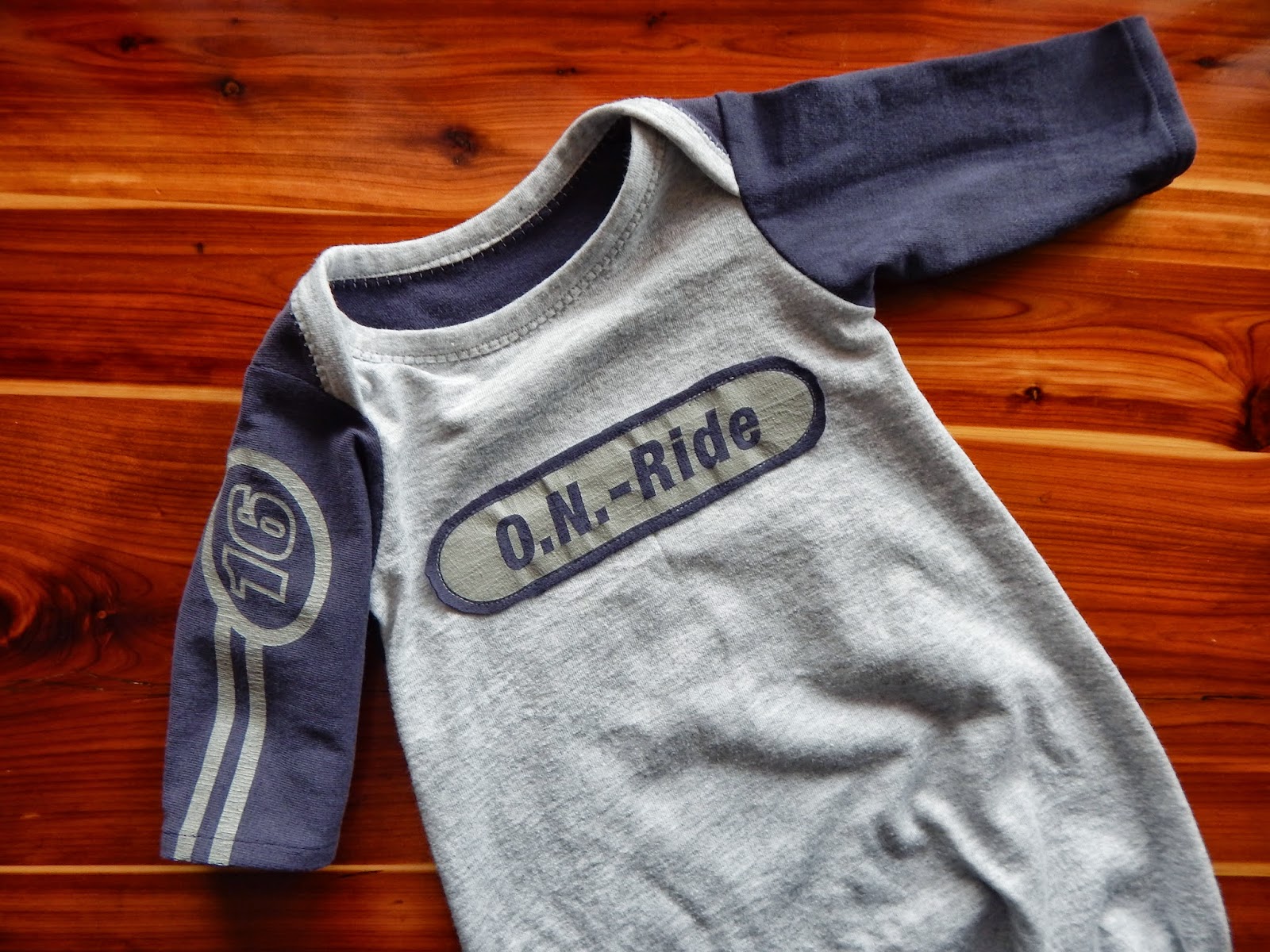 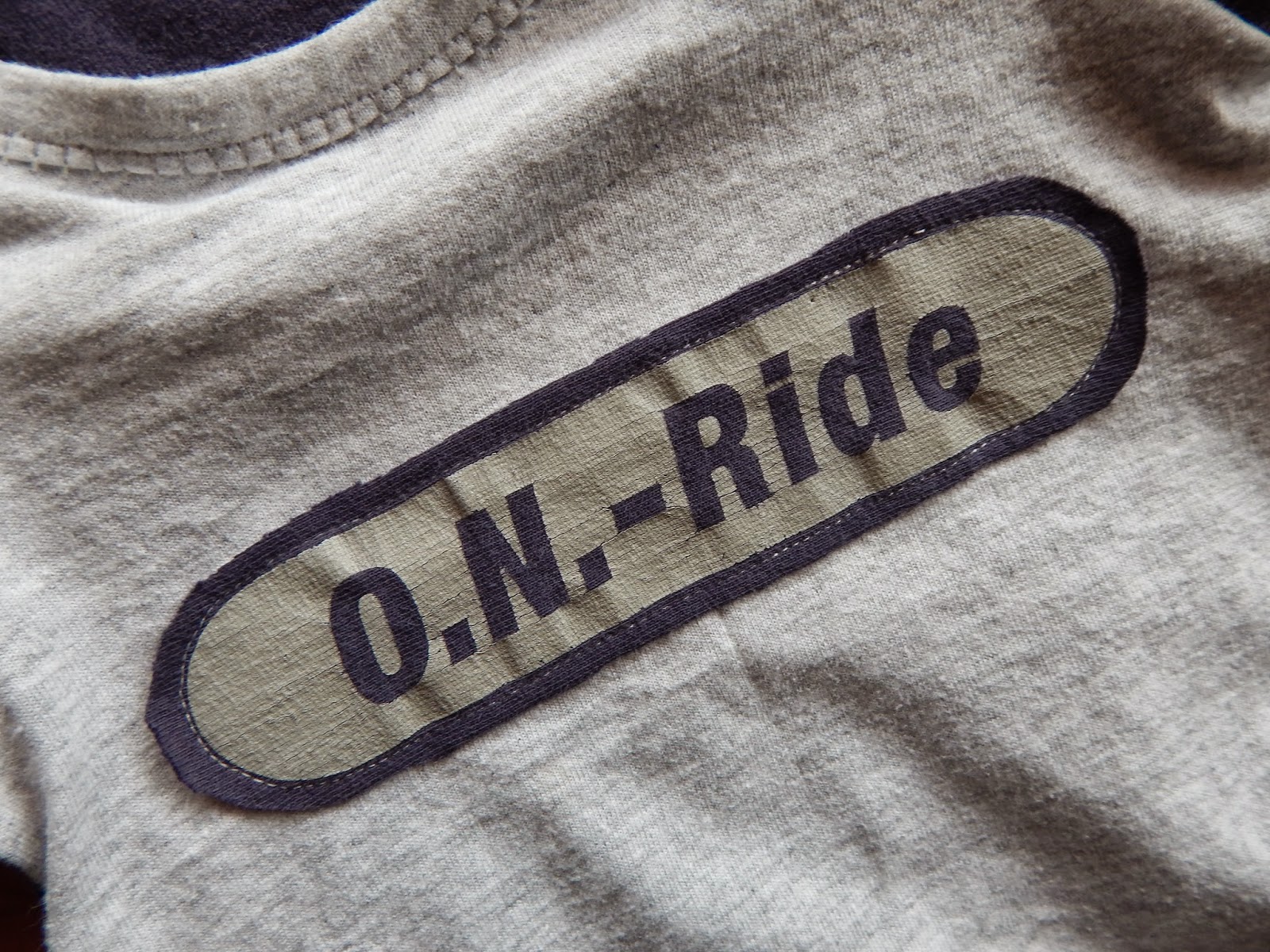 I wanted to give three gowns, so I purchased another Michigan shirt as well as a contrasting yellow shirt. I was looking for a shirt with a smaller logo but this was all that I could find! Because it was so wide, I used it for the bottom portion of the gown. 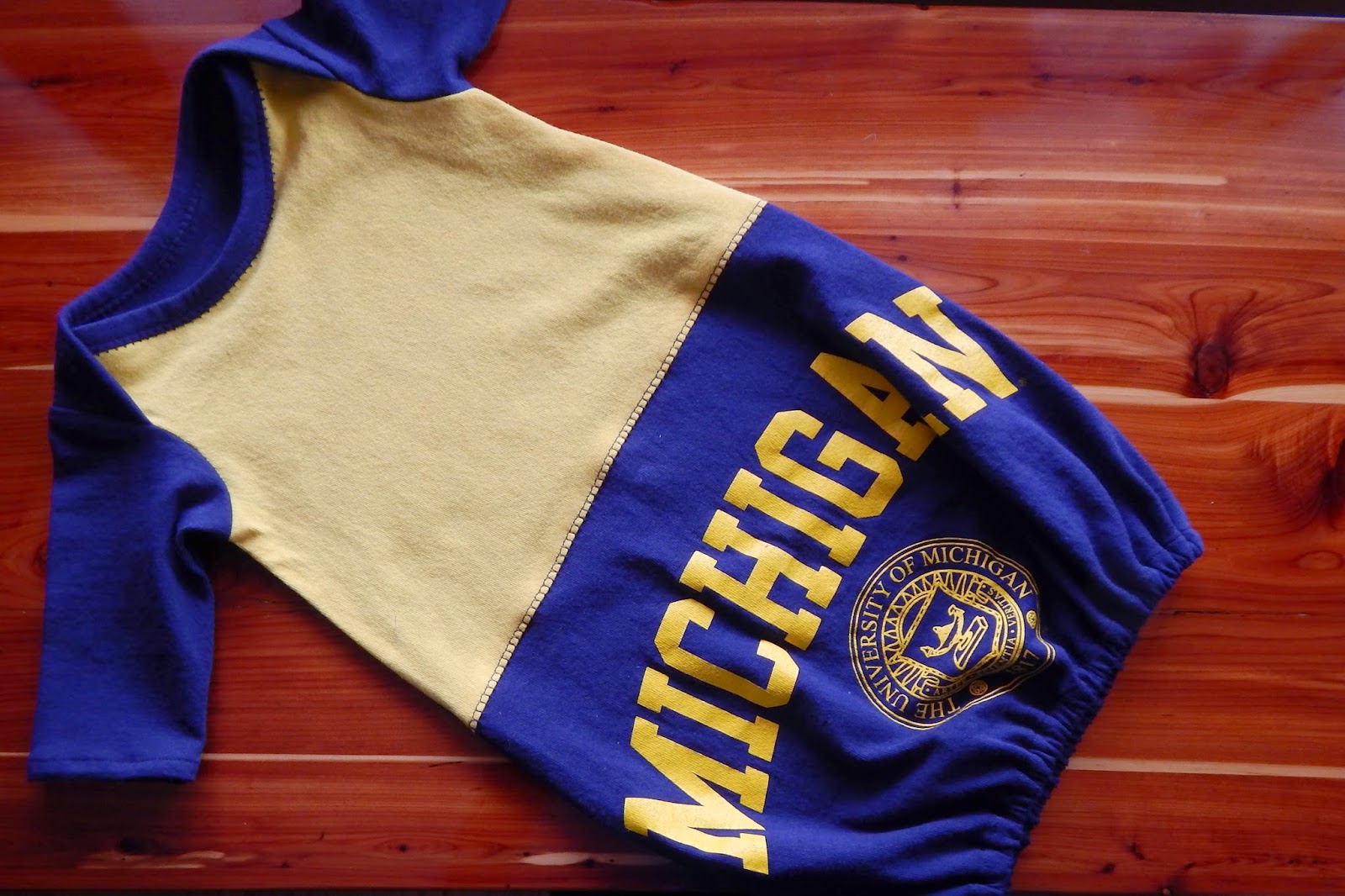 All three (the yellow below is closer to what it looks like in person): 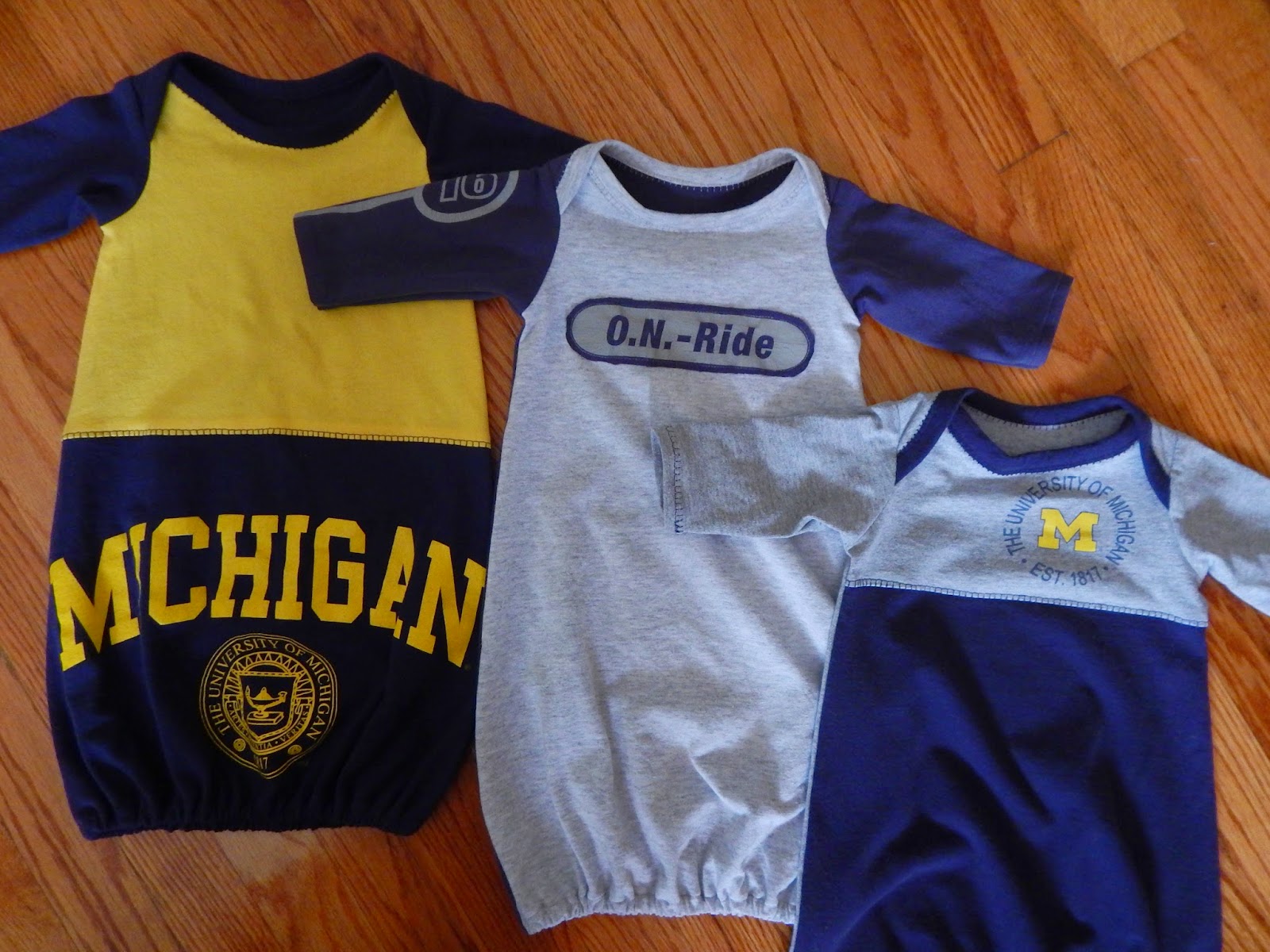 One thing I debated about was that since this is a gift, should I share the cost? I decided to go ahead and post the cost. One of my reasons for having this 52 projects challenge for myself is that I often just do not have money to go out and have fun with Pinterest-inspired crafts. But I wanted to get creative and see how far my money can go this year! So, possibly for the encouragement to someone else, I'd like to share that lack of money doesn't mean the lack of a nice gift! :-)

I had to purchase four t-shirts for this project. For the four shirts, plus a spool of thread, I spent $5.46.

sounds like you are having fun. :) even if it is hard for you to get to projects.

I really like the gowns. I recognized that was what you had made when she opened the gift. I think it is a wonderful idea for the baby to have gowns out of daddy's shirts :)